Rode (formerly Road) is a village in Somerset, located 5 miles south-west of Trowbridge and 5 miles north-east of Frome, grid reference ST805540. Facilities in the village include a village school, pre-school, shop/post office and a cricket club, which was founded in about 1895.

There used to be several mills in the village, one of which has now been converted into The Mill pub. Other pubs in Rode are The Cross Keys and The Bell.

Rode’s prominence was greatest during the 16th and 17th centuries, when the wool milling industry boomed in the South West; a success due largely to the meandering nature of its rivers, which afforded the space for the construction of mill ponds and streams, and because of its close proximity to the international port of Bristol. At one point Rode was home to four or five wool mills which created great wealth for the village and funded the construction of many large houses in the village, such as Rode Manor, Langham House, Milfield House and Southfield House. During the 16th, 17th and 18th centuries the village centre thrived enough for Rode to be known as a town (according to local sources). Kelly’s Directory suggests that at one point in the 19th century there were more than ten shops along the high street, all of which have now been converted to houses. Find out more about the village in our history section.

Rode was the scene of one of the most infamous murders of the 19th century when Constance Kent was arrested by order of the town magistrates for the murder of her 4-year-old half-brother at Road Hill House (now Langham House). Although released at her committal hearing, Kent was later to confess, was charged and received the mandatory death sentence. This was commuted to life imprisonment, of which she served twenty years. The story was the subject of the best-selling book  “The  Suspicions of Mr Whicher” by Kate Summerscale, and later made into a television film for ITV.

There are several thriving local businesses in the village, including Choc-on-Choc, Fussels Fine Foods as well as a caravan site at Barrow Farm. 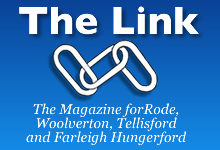